Report: Crying Out for Justice: Wage Theft Against Migrant Workers during COVID-19 Volume 2

During the pandemic, migrant workers were recognised as being disproportionately affected despite being acknowledged as ‘essential workers’ in countries of destination that previously treated them as dispensable population within the workforce. Civil society, community and faith-based organisations and trade unions that were deeply involved with the migrant worker community in countries of origin and destination found themselves overwhelmed with request for service provision as well as grievances related to job losses and wage theft. Such a situation has now been recognised by civil society organisations as the failure of private and public actors in mitigating the migrant worker crises and facilitating access to justice at a crucial time when migrant workers were leaving (or forced to) or staying on as frontline workers and essential service-people.

On 1st June 2020, a large coalition of civil society organizations and trade unions launched an appeal to governments to establish an “Urgent Justice Mechanism” that addresses the plight of millions of migrant workers whose wages have been unjustly withheld by their employers. Subsequently the coalition released 4 more appeals focusing on concerted action to be taken by UN bodies, governments, and businesses in engaging with existing cases of wage theft and lack of justice as well as the creation and maintenance of effective mechanisms for continued progress.

The first appeal highlighted the basic initiatives to be taken with respect to ensuring workers access to justice and redressal for current and repatriated workers. The second appeal focused upon concrete mechanisms to be established such as International Claims Commission, Compensation Fund, and reforms of national justice systems. The third appeal recommended responsible actions by businesses and employers in particular, to prevent labour and human rights abuse. The fourth appeal commended actions of certain States in recognising the need for migrant worker protection with further recommendations. The fifth appeal focussed upon recommendations specifically for countries of origin and destination. With a dedicated website for Justice for Wage Theft (JWT) campaign, MFA members and partners have been active in documenting cases received by them and their grassroot-level workers. The flagship report analysed the cases received in the documentation system in the year 2020. The first report further detailed the different forms of wage theft as well as difficulties with respect to collection and analysis of wage theft data. The second report will focus on cases from January to May 2021.

The report is now publicly available. You may download the report via this link: Crying Out for Justice Vol. 2

Please feel free to reach out to us for any comments, feedback, or interest to collaborate on the Justice for Wage Theft campaign. You may send an email to mfa@mfasia.org.

Thank you for your continued support in our advocacy. 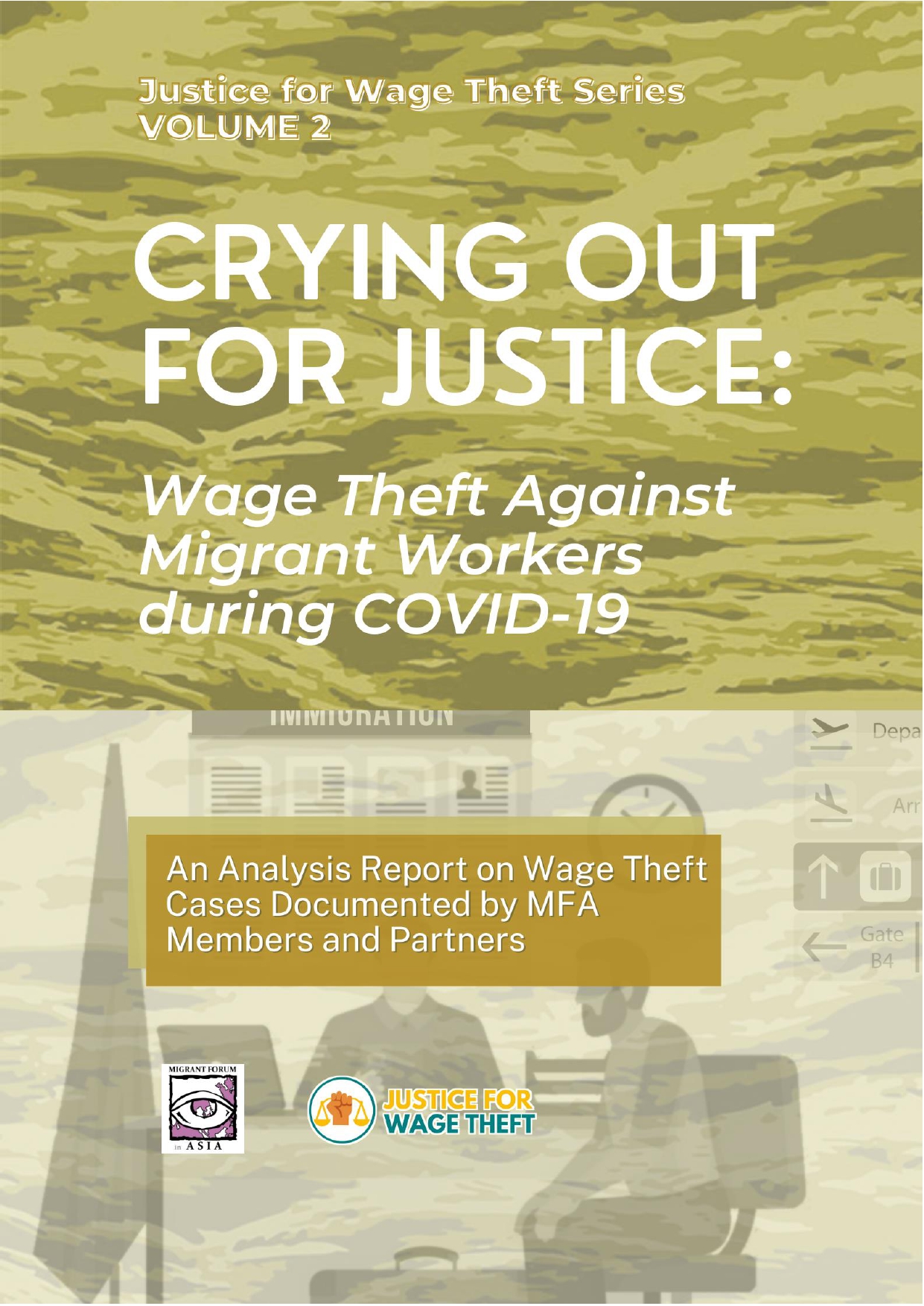