February 16, 2021 - The Migration & Diaspora Podcast Episode 19: Seeking Justice For Wage Theft for migrant workers in Asia
February 15, 2021 - Caling on Vietnamese migrants! Sign up to participate in our research!

Support systems are vital in protecting and promoting the rights and welfare of migrant workers in countries of origin, transit, and destination. These support systems are usually provided by Ministries of Labour and Foreign Affairs. Ideally, services such as pre-departure and post-arrival orientation, document authentication, shelter, legal assistance, complaints mechanism, and repatriation should be available for workers during the entire migration process. However, because of gaps and other challenges, civil society organizations (CSOs) are also stepping in to extend further assistance to migrant workers.

Recognizing the importance of support systems for migrant workers, the Migrant Forum in Asia (MFA) developed and released in 2017 infographics of the services being provided for migrant workers by the governments of Bangladesh, India, Indonesia, Nepal, Philippines, and Sri Lanka in top destination countries. MFA also began updating the infographics this 2019 by covering the services being provided by both government and Civil Society Organizations (CSOs) in both the origin and destination countries. Infographics were also developed on available support systems for countries of destination namely Singapore and Malaysia.

In Nepal, the Ministry of Labour, Employment and Social Security (MOLESS) and Foreign Employment Promotion Board (FEPB) take charge of the issues concerning labour migration. MOLESS has a mobile app called BaideshikRojgaarthat supplies information on safe migration. On the other hand, FEPB has a reintegration program that grants skills certification as well asa maximum of a million Nepali rupees to each returnee to be able to start a business. The government also has an alternative dispute resolution (ADR) system that facilitates the resolution of migrant workers’ grievances. 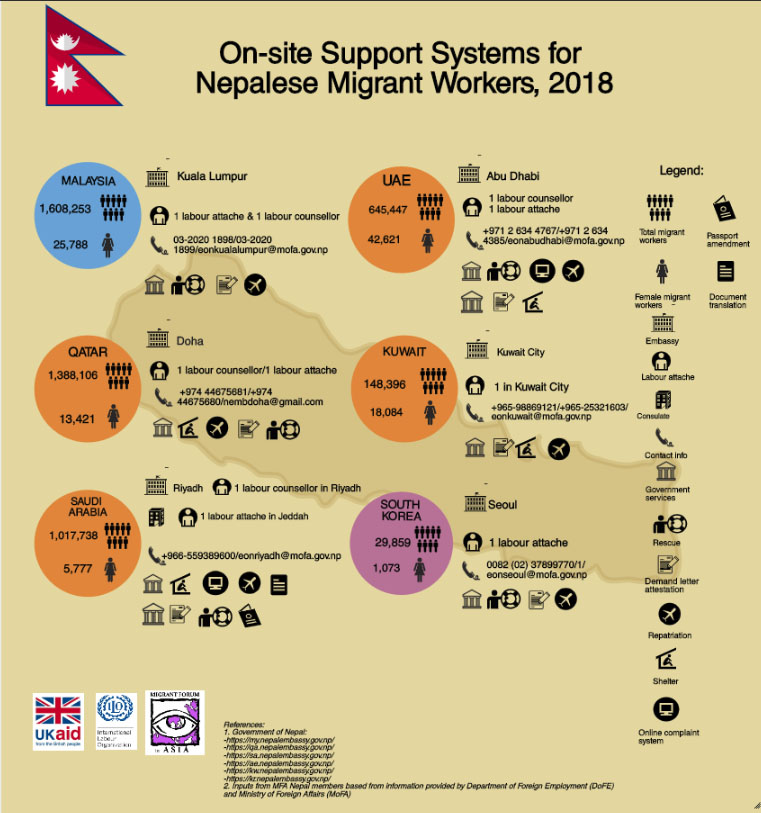 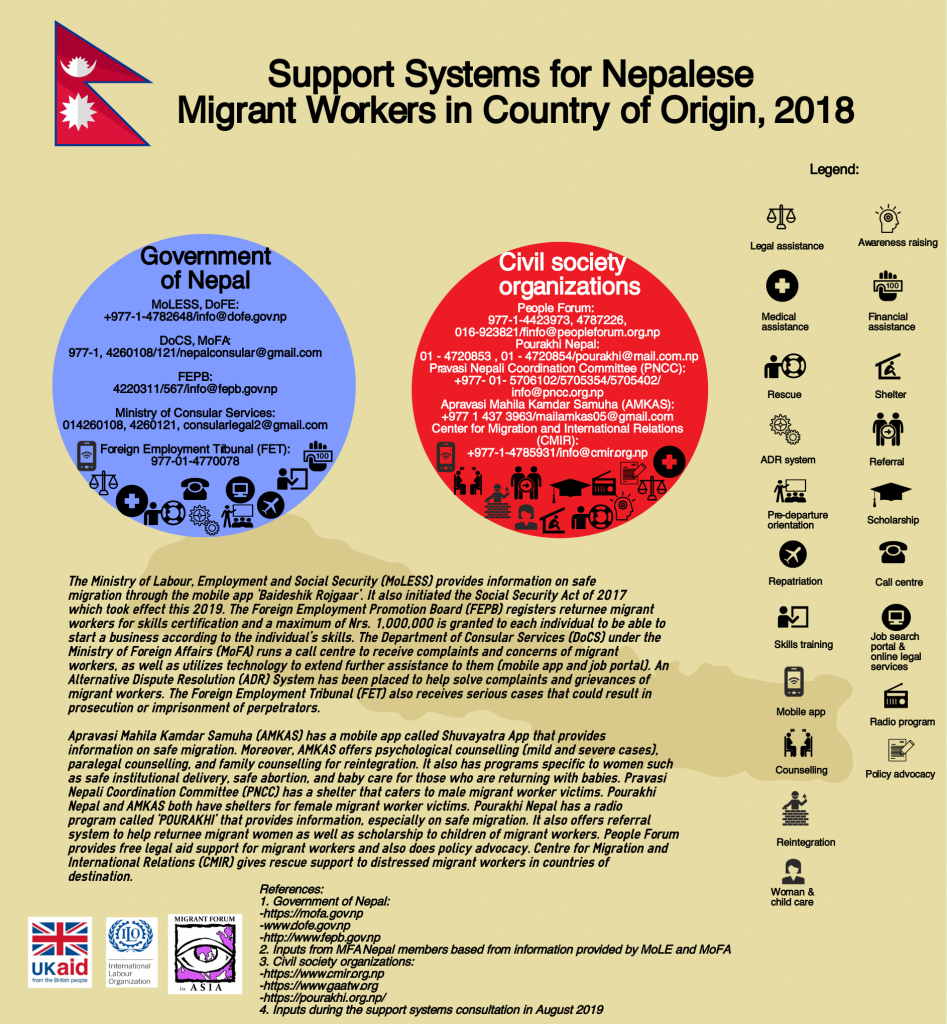