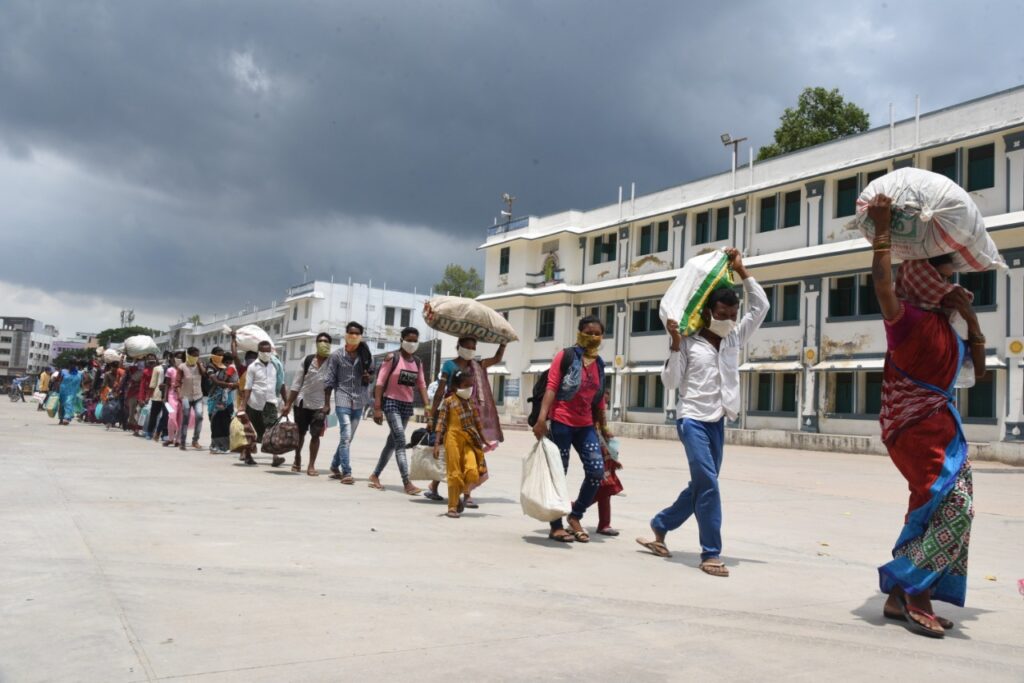 As millions of Indian workers in the unorganised sector are stranded in cities following Covid-19 lockdowns, the supreme court has ordered the government to complete the registration process of workers so that they can avail the welfare benefits given under various government schemes.

Currently, India doesn’t have a database of unorganised sector workers and is developing a platform titled National Database of Unorganised Workers (NDUW) for the optimum realization of their employability and extend the benefits of the social security schemes to them.

While hearing the petition in the suo moto case In Re Problems and Miseries of Migrants the supreme court said that “we are of the view that registration of unorganized workers should be completed as early as possible.”

Since April, many of the Indian cities are under lockdown to contain the spread of Covid-19 pushing workers in the unorganised sector into penury.

The court said that they also impress upon the Indian federal government and the state governments to complete the process of registration of organized workers at an early date so that unorganized workers can reap the benefit of different schemes of the federal and the states, which without proper registration and identity card seems to be difficult to implement on the ground.

The court has also directed that the federal government may file a detailed affidavit about the same within two weeks.

“It is of the view that a suitable mechanism needs to be in existence to monitor and supervise as to whether the benefits of the welfare schemes are reaching the beneficiaries which may be from grassroots levels to higher authorities with names and places of beneficiaries so that the purpose of the schemes is achieved.

The court also has directed Indian states and union territories to provide dry ration and community kitchens for migrant workers who are stranded due to the lockdowns imposed in the wake of the Covid-19 pandemic.

A few states had provided cash in hand ( USD13 to USD82) for stranded migrant workers.

The Indian 2021 Economic Survey says that among the 487 million Indians employed, only 122 million are regular wage/ salaried employees. And around 250 million are self-employed and 115 million are casual workers.

In India, casual workers and self-employed have minimal legislative protection from laws, and they are mainly employed in unorganized sectors too.

As per the 1946 India Industrial Employment Orders, a casual worker is a worker who has been engaged for work, which is essentially casual.

And according to the India Code of Social Security 2020, a self-employed worker is a person who is not employed by an employer but engages himself in any occupation in the unorganized sector.

And the same Code defines an unorganized sector as an enterprise owned by individuals or self-employed workers.

Interestingly, in India, self-employment is not a homogenous category.

In short, there are 365 million workers, mainly migrants, in the unorganised sector, who were left in the lurch without much support following the Covid-19 outbreak.

Data from the Indian government says that about 6.31 million migrant workers travelled through Shramik Special trains (arranged for the return of migrants from cities to villages) between May and August 2020.