Access to Justice is Still a Challenge for Bangladeshi Migrant Women

A research report released last month by OKUP, a grassroots migrant organisation, in Bangladesh, reveals that out of the 262 returnee migrant women cases they compiled, nearly 95 percent of them were recruited by unauthorised sub-agents or sub-sub-agents.

When Naima (name changed), a Bangladeshi domestic worker in Saudi Arabia, couldn’t adjust to her abusive employer, she decided to return home. But for her return, her husband had to pay USD 350 to the sub-agent in Dhaka who facilitated her migration in 2018.

“I was physically abused. When I couldn’t withstand the torture, I fled from that home and called my husband. And when he managed to pay the sub-agent in Dhaka the money he asked, I was able to return,” she told to an interpreter arranged by this reporter.

In Saudi Arabia, Naima worked for three months, and the employer did not even pay her a single month’s salary.

As she had migrated through the regular channel with the knowledge of the Bangladesh government, upon her return, she complained through the Bureau of Manpower, Employment and Training (BMET) in Bangladesh for compensation in 2019.

“After three hearings, the BMET official settled my complaint with the agency. Unfortunately, the award was less than half of the amount that Naima had claimed,” she said.

According to Naima, at her first hearing, the agency’s representative questioned her ‘character,’ and blamed her saying, “it was her fault that she couldn’t work.”

And at the final hearing, Naima was forced to settle her complaint with a tiny amount of compensation.

“If I had been aware of this unjust reality, I would never have filed a complaint,” she added.

Naima’s case is not an isolated one. Despite having authorised recruitment agencies, many unregulated dalals (agents and sub-agents) have made the recruitment practice of migrant workers unethical and unfair in Bangladesh.

According to a research report released last month by OKUP, a grassroots migrant organisation, in Bangladesh, reveals that out of the 262 returnee women cases they compiled, nearly 95 percent of the migrant workers were recruited by unauthorised sub-agents or sub-sub-agents.

The research report also says that seven per cent of the 262 women surveyed were under the age of 25, the legal age required to migrate, while three per cent were children below the age of 18.

“24 per cent of the women were provided with an ‘emigration clearance card’ without their participation in the mandatory pre-departure training organised by the government-run technical training centres. 17 per cent were sent with forged certificates of medical fitness,” the report adds.

The report also reveals that nearly 88 per cent of the women were not provided with a written job contract in time, or with appropriate translation and orientation.

And around 65 per cent of the women paid between USD 60 and 1,785 to migrate, even though the women migrant workers are supposed to be recruited with ‘zero’ fees.

According to the report, unfortunately, 58 per cent of the women migrant workers were forced to return home before completing their two-year contracts as a result of being victims of fraud in the recruitment process and survivors of horrific exploitation.

Shockingly, the report also says that 60 per cent of the women, 156 out of 262, reported they often faced physical abuse and torture.

Meanwhile, talking to this reporter, Shakirul Islam, Chairman of OKUP, said lack of a dedicated ‘arbitral tribunal’ in Bangladesh, absence of standard arbitration procedure, and the centralised system of arbitration is posing challenges for access to justice for the exploited migrant workers.

“Fair and ethical recruitment and safeguarding conditions that ensure decent work is Objective 6 of the Global Compact for Migration (GCM). However, lack of support and services, especially for migrant domestic workers who are often excluded from labour laws, mean few migrant workers can access justice following rights violations in both the destination and country of origin,” he said.

He added that, in Bangladesh, the Overseas Employment and Migrants Act (OEMA) 2013 allows survivors to take legal action against recruitment agencies, and also permits legal aid in destination countries.

“However, in reality, this is hardly ever provided. The Act allows the arbitrator to conduct investigations against fraud, extortion, or a breach of employment contract filed by migrant workers and dispose the complaints directly or through ‘arbitration’ (salish), where the arbitrator can directly investigate and declare ‘arbitral award’,” he added.

The research report recommends that only by introducing a comprehensive arbitration rule, establishing a ‘Separate Arbitral Tribunal’, decentralising the arbitral tribunal, ensuring proportionate compensation, and improving the skills and capacity of arbitrators, access to justice can be ensured. 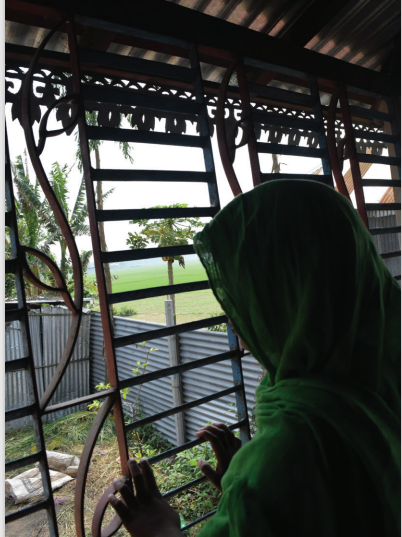